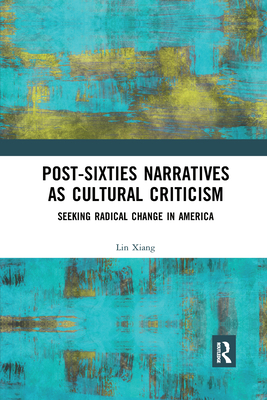 This book examines the cultural criticism led by New York intellectuals from the 1960s onwards, considering the influence of such critique on American collective memory and contemporary public culture. With a focus on essays that appeared in Dissent magazine--one of the most important journals of the New York intellectuals--from the year of its launch in 1954 to its most recent issue, as well as representative books on American culture by Daniel Bell and Russell Jacoby, the author contends that post-Sixties narratives constitute a special paradigm of cultural criticism that seek radical possibilities for societal change in the US, based on a use of the 1960s as an index for understanding American cultural and political life. A study of the ways in which narratives can move beyond story-telling to have interpretative and ideological functions as a form of criticism, this book will appeal to scholars of cultural studies and sociology, as well as those working in the fields of linguistics and literary theory.