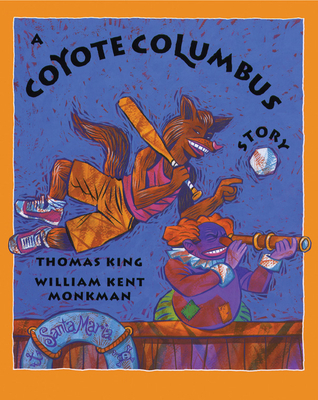 A trickster named Coyote rules her world, until a funny-looking stranger named Columbus changes her plans. Unimpressed by the wealth of moose, turtles, and beavers in Coyote's land, he'd rather figure out how to hunt human beings to sell back in Spain. Thomas King uses a bag of literary tricks to shatter the stereotypes surrounding Columbus's voyages. In doing so, he invites children to laugh with him at the crazy antics of Coyote, who unwittingly allows Columbus to engineer the downfall of his human friends. William Kent Monkman's vibrant illustrations perfectly complement this amusing story with a message.