The Work of Friendship: In Memoriam, Alan Bray; Number 3 (Journal of Lesbian and Gay Studies #10) (Paperback) 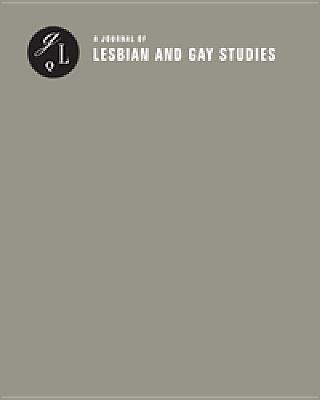 By Jody Greene
Email or call for price
Special Order

The sudden and premature death of Alan Bray deprived gay and lesbian studies of a founding figure. Best known for his 1982 book Homosexuality in Renaissance England, Bray paved the way for subsequent scholars in early modern gay and lesbian studies. This special issue of GLQ collects essays that draw on and expand Bray's work of the past two decades, as well as offer new work in the emerging field of friendship studies, of which he was a pioneer.

Contributors to the collection include some of the most prominent scholars in the field of early modern sexualities. They think expansively about Bray's impact on their own work and, most importantly, test the applicability of his theories (that same-sex desire has a history that can be reconstructed and that the actual object of study is difficult to capture, as its expression varies radically across cultures and societies) in areas where they have not been previously employed. Two essays in this collection explore friendships or intimacies between women or between men and women--topics Bray did not pursue extensively. Others deal with locations outside Bray's heavily English focus, including France, the Netherlands, Belgium, and Luxembourg, or apply his theories to periods beyond the Renaissance. Additionally, the issue includes a review of Bray's The Friend, published posthumously, and an assessment of his scholarly career from his earliest writings to this final work.