After Sex?: On Writing Since Queer Theory (Series Q) (Paperback) 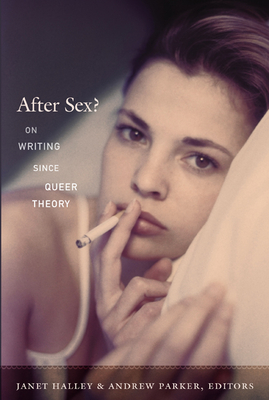 Since queer theory originated in the early 1990s, its insights and modes of analysis have been taken up by scholars across the humanities and social sciences. In After Sex? prominent contributors to the development of queer studies offer personal reflections on the field's history, accomplishments, potential, and limitations. They consider the purpose of queer theory and the extent to which it is or is not defined by its engagement with sex and sexuality. For many of the contributors, a broad notion of sexuality is essential to queer thought. At the same time, some of them caution against creating an all-embracing idea of queerness, because it empties the term "queer" of meaning and assumes the universality of ideas developed in the North American academy. Some essays recall the political urgency of the late 1980s and early 1990s, when gay and lesbian activist and queer theory projects converged in response to the AIDS crisis. Other pieces exemplify more recent trends in queer critique, including the turn to affect and the debates surrounding the "antisocial thesis," which associates queerness with the repudiation of heteronormative forms of belonging. Contributors discuss queer theory's engagement with questions of transnationality and globalization, temporality and historical periodization. Meditating on the past and present of queer studies, After Sex? illuminates its future.