Our Caribbean: A Gathering of Lesbian and Gay Writing from the Antilles (Hardcover) 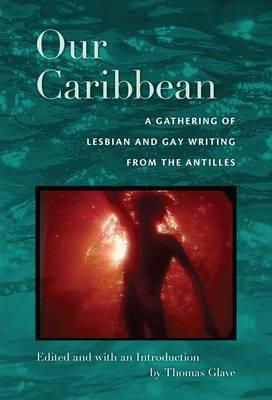 The first book of its kind, Our Caribbean is an anthology of lesbian and gay writing from across the Antilles. The author and activist Thomas Glave has gathered outstanding fiction, nonfiction, memoir, and poetry by little-known writers together with selections by internationally celebrated figures such as Jos Alc ntara Alm nzar, Reinaldo Arenas, Dionne Brand, Michelle Cliff, Audre Lorde, Achy Obejas, and Assotto Saint. The result is an unprecedented literary conversation on gay, lesbian, bisexual, and transgendered experiences throughout the Caribbean and its far-flung diaspora. Many selections were originally published in Spanish, Dutch, or creole languages; some are translated into English here for the first time.

The thirty-seven authors hail from the Bahamas, Barbados, Cuba, the Dominican Republic, Grenada, Guyana, Haiti, Jamaica, Panama, Puerto Rico, St. Vincent, St. Kitts, Suriname, and Trinidad. Many have lived outside the Caribbean, and their writing depicts histories of voluntary migration as well as exile from repressive governments, communities, and families. Many pieces have a political urgency that reflects their authors' work as activists, teachers, community organizers, and performers. Desire commingles with ostracism and alienation throughout: in the evocative portrayals of same-sex love and longing, and in the selections addressing religion, family, race, and class. From the poem "Saturday Night in San Juan with the Right Sailors" to the poignant narrative "We Came All the Way from Cuba So You Could Dress Like This?" to an eloquent call for the embrace of difference that appeared in the Nassau Daily Tribune on the eve of an anti-gay protest, Our Caribbean is a brave and necessary book.

Thomas Glave is the author of the short story collections Whose Song? and Other Stories and The Torturer's Wife, and the essay collections Words to Our Now: Imagination and Dissent (Lambda Literary Award, 2005) and Among the Bloodpeople: Politics and Flesh. A founding member of the Jamaica Forum for Lesbians, All-Sexuals, and Gays (J-FLAG), Glave has been Martin Luther King, Jr. Visiting Professor at MIT, a 2012 Visiting Fellow at Clare Hall, Cambridge, and Leverhulme Visiting Professor at the University of Warwick. He lives in Birmingham (U.K.).