Watching «The Lord of the Rings»: Tolkien's World Audiences (Media and Culture #3) (Hardcover) 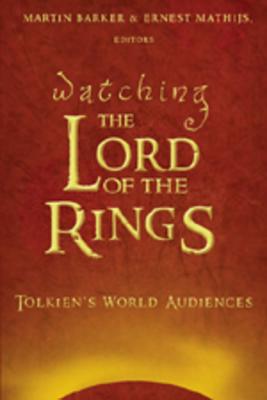 This is book number 3 in the Media and Culture series.

How did audiences across the world respond to the films of The Lord of the Rings? This book presents findings from the largest film audience project ever undertaken, drawing from 25,000 questionnaire responses and a wide array of other materials. Contributors use these materials to explore a series of widely speculated questions: why is film fantasy important to different kinds of viewers? Through marketing, previews and reviews, debates and cultural chatter, how are audiences prepared for a film like this? How did fans of the book respond to its adaptation on screen? How do people choose their favorite characters? How was the films' reception shaped by different national and cultural contexts?
The answers to these questions shed fresh light on the extraordinary popularity of The Lord of the Rings and provide important new insights into the global reception of cinema in the twenty-first century.

The Editors: Martin Barker is Professor of Film and Television Studies at the University of Wales, Aberystwyth. He is the author of many books about film and film reception, including The Lasting of the Mohicans: History of an American Myth (with Roger Sabin, 1996), Knowing Audiences: Judge Dredd, its Friends, Fans and Foes (with Kate Brooks, 1998), and The Crash Controversy: Censorship Campaigns and Film Reception (with Jane Arthurs and Ramaswami Harindranath, 2001). Ernest Mathijs is Assistant Professor of Film and Drama at the University of British Columbia, Canada. He edited From Hobbits to Hollywood (with Murray Pomerance, 2006), The Lord of the Rings: Popular Culture in Global Context (2006), Alternative Europe (with Xavier Mendik, 2004), The Cult Film Reader (also with Xavier Mendik, 2007), and is the author, with Jamie Sexton, of Cult Cinema: an Introduction (2008).