In the Blink of an Eye (Paperback) 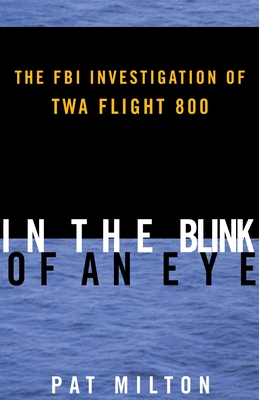 Like the sinking of the Titanic, the crash of TWA Flight 800 just off Long Island, New York, in the early evening of July 17, 1996, captured the world's imagination. Associated Press reporter Pat Milton has covered the story from day one and was granted unprecedented access to the FBI investigation--the largest and most complex in the agency's history.

Initially suspecting that a crime had been committed, James Kallstrom, the head of the FBI's New York office, led the two-year investigation from the start. In the Blink of an Eye offers a rare look at the efforts of several government agencies--which often had different missions--to find the truth about the most mysterious and disturbing disaster in aviation history.

Commercial jets don't just fall out of the sky. So what happened? Was TWA's Flight 800 the first plane to be downed by enemy action within the United States? On the night of the crash, President Clinton told his national security advisors to ready a plan to retaliate if the destruction of Flight 800 proved to be a state-sponsored terrorist attack. If a bomb or missile had caused the disaster, Kallstrom was determined to find the perpetrators before they struck again. If it wasn't either of these, he was no less determined to preclude the sort of conspiracy theorizing that followed the Warren Commission report on the assassination of JFK.

As Kallstrom and his agents tried to piece together the sequence of events that preceded the explosion of Flight 800's center fuel tank, the victims' families also had to come to terms with the tragedy. Their anguish was as much on Kallstrom's mind as the details of the mystery itself. In this vivid account, Pat Milton takes us inside the homes and lives of the victims' families as well as inside the investigation, and as close to the real cause of the crash as we'll ever come.

Pat Milton is a correspondent at the Associated Press and lives in New York.

"One part investigative thriller, the other part an exposé of a calamitous tragedy, Pat Milton's In the Blink of an Eye will go down as a classic of narrative journalism. Milton writes like a novelist, and her hero, James Kallstrom, is as compelling a protagonist as any created by Grisham, Clancy, or Turow."
--Lawrence Schiller, author of Perfect Murder, Perfect Town and An American Tragedy