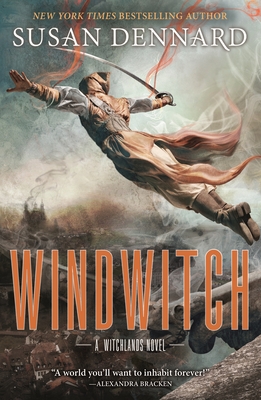 This is book number 2 in the The Witchlands series.

After an explosion destroys his ship, the world believes Prince Merik, Windwitch, is dead. Scarred yet alive, Merik is determined to prove his sister’s treachery. Upon reaching the royal capital, crowded with refugees, he haunts the streets, fighting for the weak—which leads to whispers of a disfigured demigod, the Fury, who brings justice to the oppressed.

When the Bloodwitch Aeduan discovers a bounty on Iseult, he makes sure to be the first to find her—yet in a surprise twist, Iseult offers him a deal. She will return money stolen from him, if he locates Safi. Now they must work together to cross the Witchlands, while constantly wondering, who will betray whom first?

After a surprise attack and shipwreck, Safi and the Empress of Marstok barely escape with their lives. Alone in a land of pirates, every moment balances on a knife’s edge—especially when the pirates’ next move could unleash war upon the Witchlands.

Sometimes our enemies are also our only allies…

Susan Dennard has come a long way from small-town Georgia. Working in marine biology, she got to travel the world -- six out of seven continents (she'll get to Asia one of these days!) -- before she settled down as a full-time novelist and writing instructor. She is the author of the Something Strange and Deadly series, as well as the Witchlands series, which includes the New York Times bestselling Truthwitch and Windwitch. When not writing, she can be found hiking with her dogs, slaying darkspawn on her Xbox, or earning bruises at the dojo.

“A world you'll want to inhabit forever!”—Alexandra Bracken on Windwitch

“Featuring vibrant characters and an innovative system of magic...a fast-paced adventure and a wonderful tribute to the power of the binding ties of friendship.”—Jacqueline Carey, New York Times bestselling author, on Truthwitch

“Dennard has upped her game.”—Deseret News on Windwitch

“Susan Dennard is taking the reins of the genre that is fantasy, making it apparent that she is here to stay and I cannot wait for more of her amazing writing in the future of this series.”—TeenReads on Windwitch