With the Light... Vol. 1: Raising an Autistic Child (Paperback) 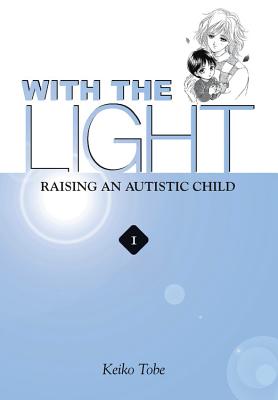 Born during the sunrise - an auspicious beginning - the Azumas' newborn
son is named Hikaru, which means "light". But during one play date, his
mother notices that her son is slightly different from the other
children. In the alternately heartwarming and bittersweet tale, a young
mother tries to cope with both the overwhelming discovery of her child's
autism and the trials of raising him while keeping her family together.
This is a story that resonates not only for those whose families have
been affected by autism, but also for all past, present, and future
parents.

Keiko Tobe was an acclaimed Japanese manga artist whose masterwork With the Light strove to bring the everyday struggles of raising a child with autism to a wider audience. With the Light earned her the Japan Media Arts Festival's Manga Division Excellence Prize in 2004, and the series was also adapted into a critically-acclaimed drama series in Japan.