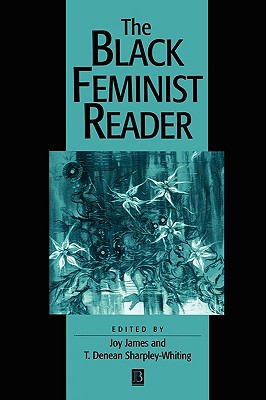 Organized into two parts, Literary Theory and Social and Political Theory, this Reader explores issues of community, identity, justice, and the marginalization of African American and Caribbean women in literature, society, and political movements.

Joy James is Distinguished Visiting Scholar in the Institute for Research in African-American Studies at Columbia University. She is author of Resisting State Violence: Radicalism, Gender & Race in US Culture (1996); Transcending the Talented Tenth: Black Leaders and American Intellectuals (1996), Shadowboxing: Representations of Black Feminist Politics (1999). James is also editor of the Angela Y. Davis Reader (Blackwell Publishers, 1998), States of Confinement: Policing, Detention and Prisons (2000), and co-editor of Spirit, Space & Survival: African American Women In (White) Academe (1993), which received the 1994 Gustavus Myers Human Rights award. T. Denean Sharpley-Whiting is Associate Professor of French and Director of the African American Studies and Research Center at Purdue University. She is author of Frantz Fanon: Conflicts & Feminisms (1997) and Black Venus: Sexualized Savages, Primal Fears and Primitive Narratives in French (1999). She is co-editor of Fanon: A Critical Reader (Blackwell Publishers, 1996) and Spoils of War: Women of Color, Cultures, and Revolutions (1997), which received an honorable mention from the Gustavus Myers Center for the Study of Bigotry and Human Rights in North America in 1997.