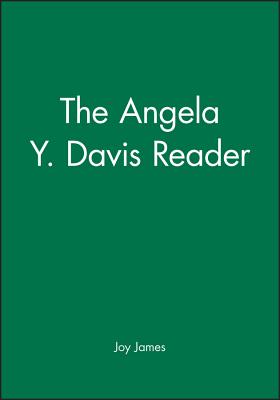 Even for readers who primarily know her as a revolutionary of the late 1960s and early 1970s (or as a political icon for militant activism) she has greatly expanded the scope and range of social philosophy and political theory. Expanding critical theory, contemporary progressive theorists - engaged in justice struggles - will find their thought influenced by the liberation praxis of Angela Y. Davis.

The Angela Y. Davis Reader presents eighteen essays from her writings and interviews which have appeared in If They Come in the Morning, Women, Race, and Class, Women, Culture, and Politics, and Black Women and the Blues as well as articles published in women's, ethnic/black studies and communist journals, and cultural studies anthologies. In four parts - Prisons, Repression, and Resistance, Marxism, Anti-Racism, and Feminism, Aesthetics and Culture, and recent interviews - Davis examines revolutionary politics and intellectualism.

Joy James teaches Political Theory in the Department of Ethnic Studies at the University of Colorado, Boulder. She is the author of several noted books and publications on Feminism, Critical Race Theory, and Democratic Politics, including Transcending the Talented Tenth: Black Leaders and American Intellectuals (1997).