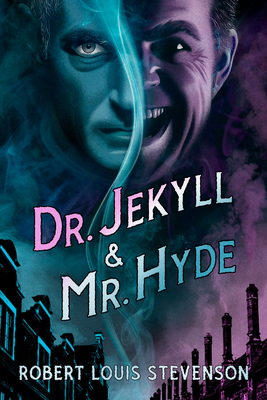 “Why did you wake me? I was dreaming a fine bogey tale.”

Robert Louis Stevenson’s masterpiece of the duality in man’s nature sprang from the darkest recesses of his own unconscious—during a nightmare from which his wife awakened him, alerted by his screams.

More than a hundred years later, this tale of the mild-mannered Dr. Jekyll and the drug that unleashes his evil, inner persona—the loathsome, twisted Mr. Hyde—has lost none of its ability to shock. Its realistic narrative chillingly relates Jekyll’s desperation as Hyde gains control of his soul—and gives voice to our own fears of the violence and evil within us.

Written before Freud’s naming of the ego and the id, Stevenson’s enduring classic demonstrates a remarkable understanding of the personality’s inner conflicts—and remains the irresistibly terrifying stuff of our worst nightmares.

Robert Louis Stevenson (1850-1894) was born in Edinburgh. In the brief span of forty-four years, dogged by poor health, he made an enormous contribution to English literature with his novels, poetry, and essays. The son of upper-middle-class parents, he was the victim of lung trouble from birth, and spent a sheltered childhood surrounded by constant care. The balance of his life was taken up with his unremitting devotion to work, and a search for a cure to his illness that took him all over the world. His travel essays were publihsed widely, and his short fiction was gathered in many volumes. His first full-length work of fiction, Treasure Island, was published in 1883 and brought him great fame, which only increased with the publication of The Strange Case of Dr. Jekyll and Mr. Hyde (1886). He followed with the Scottish romances Kidnapped (1886) and The Master of Ballantrae (1889). In 1888 he set out with his family for the South Seas, traveling to the leper colony at Molokai, and finally settling in Samoa, where he died.