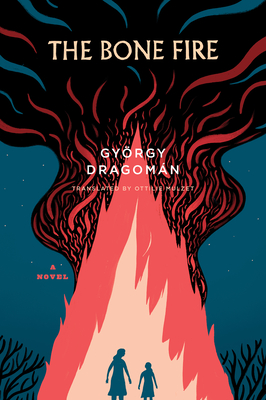 “Anything can happen in The Bone Fire—and everything does. Dragomán puts us in the middle of our most wondrous and terrifying childhood fairytales, somehow unhazing their dreaminess and replicating their electrifying uncertainty all at once.”
—Téa Obreht, bestselling author of Inland and The Tiger's Wife

From an award-winning and internationally acclaimed European writer: A chilling and suspenseful novel set in the wake of a violent revolution about a young girl rescued from an orphanage by an otherworldly grandmother she’s never met

Thirteen-year-old Emma grows up under an Eastern European dictatorship where oppression seems eternal. When her dissident parents die in a car accident, she’s taken to an orphanage, only to be adopted soon after by a grandmother she has never met.

While her homeland is shattered by a violent revolution, Emma—like a witch's apprentice—comes to learn the ways of her new grandmother, who can tell fortunes from coffee dregs, cause and heal pain at will, and shares her home with the ghost of her husband. But this is not the main reason her grandmother is treated with suspicion and contempt by most people in town. They suspect her or her husband of having been involved in the disappearance of top secret government files.

As Emma learns her family history, she begins to see that, for her grandparents, the alternate reality shaped by magic was their only form of freedom. The Bone Fire is a political Gothic, carried along by the menace and promise of a fairy tale.

Novelist and translator GYÖRGY DRAGOMÁN was born in Transylvania in 1973 and moved to Hungary when he was fifteen. His first novel, The White King, has been translated into more than thirty languages and went on to win the Sandor Márai Prize and the Jan Michaelski Prize. Dragomán lives in Budapest with his wife and two children.

A New York Times Editors' Choice  Finalist for the Prix du Meilleur LivreÉtranger (France)  Finalist for the Premio von Rezzori (Italy)  Long-listed for the Prix Femina (France)   "[The Bone Fire] achieves a disconcerting juxtaposition of the mundane and the primeval. On one level, it’s a real-world coming-of-age story, in which a teenager navigates both post-Communist aftershocks and the more personal issues of menstruation, crushes, friendships and bathing suits — and on another, it’s a tale of magic, ghosts and ancient memory . . . The timing is perfect: The novel reaches an American audience at a moment when we’re feeling not only the seismic shifts of historical change, and the hard reckoning after a strongman’s fall, but also the ways magical thinking, conspiracy and rumor seep through the cracks during times of turmoil . . . This is a story, after all, in which dreams and phantasms are kinder and more sensical than the random brutality of the concrete world. To that end, his telling is not just magic, but enchantment." —Rebecca Makkai, New York Times Book Review    “Anything can happen in The Bone Fire—and everything does. Dragomán puts us in the middle of our most wondrous and terrifying childhood fairytales, somehow unhazing their dreaminess and replicating their electrifying uncertainty all at once.” —Téa Obreht, bestselling author of Inland and The Tiger's Wife   "The Bone Fire exposes the magic and mystery behind so much of what we accept in our lives to be fact: that parents die, that children grow up, that regimes change, that we keep going. It traces, thanks to György Dragomán's deft hand, in Ottilie Mulzet's careful, confident translation, the places where fairy tale lands and post-Soviet territories meet. It is as sinister as it is stunningly beautiful. It is the work of a master." —Julia Phillips, author of Disappearing Earth    "Nested in this novel’s magical setting is the darkly-glinting stone of a turbulent political history of secrets, betrayals, ghosts, and memory. Dragomán’s exigent concerns, his transitionless subject-verb-object sentences, and his terrific gift for sensual details give this book its breathless, detective-fiction-like pacing. It will pierce you like a knitting needle. " —Forrest Gander, winner of the Pulitzer Prize and author of Twice Alive   "A poignant coming-of-age tale set against the backdrop of regime change."  —Kirkus Reviews   "[An] evocative work of magic realism... Fans of Gabriel García Márquez may want to have a look."  —Publishers Weekly
— No Source