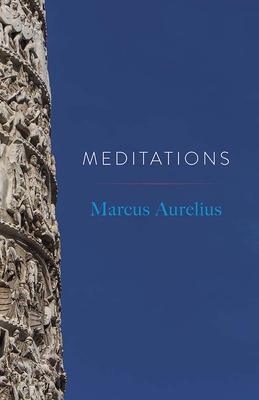 In one of the world's most famous and influential books, Meditations, Roman emperor Marcus Aurelius (AD 121-180) describes the Stoic precepts he used to cope with his life as a warrior and ruler of an empire. Aurelius offers his reflections on the search for inner peace and ethical certainty in a chaotic world, and gives modern readers a practical and inspirational guide to the challenges of everyday life. Presented here in a specially modernized version of the classic George Long translation, this beautiful hardcover edition makes a perfect gift for all seekers.

Marcus Aurelius, the Emperor of Rome from AD 161 to 180, was one of the early proponents of Stoicism, which stressed the search for inner peace and ethical certainty. Born to a well-to-do family in AD 121, Marcus Aurelius Antoninus served in a variety of governmental posts while studying philosophy; he was especially drawn to the precepts of Stoicism, particularly its emphasis on the importance of virtuous conduct, reason and logic, and the attainment of inner peace through the pursuit of goals that are within one's power to achieve. Conflicts with German tribes, an outbreak of plague, and various challenges proved Marcus to be a competent leader. During a battle on the Danube, the Emperor drafted Meditations, originally titled "To Himself," to record his private reflections. He died at the military camp in AD 189, at the age of fifty-nine.