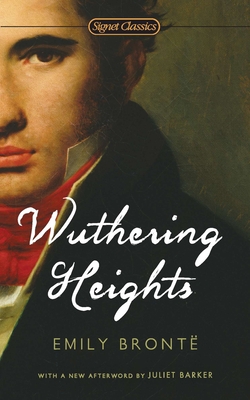 There are few more convincing, less sentimental accounts of passionate love than the story of the tormented Heathcliff, who falls wildly in love with Catherine Earnshaw, the daughter of his benefactor, and of the violence and misery that result from their thwarted longing for each other.

Emily Jane Bronte was born July 30, 1818, at Thornton in Yorkshire, the fifth of six children of Patrick and Maria Bronte. Both of Emily's parents had literary leanings; her mother published one essay, and her father wrote four books and dabbled in poetry. In 1821, shortly after Emily's third birthday, Maria died of cancer. Maria's sister, Elizabeth, came to live as a housekeeper and was responsible for training the girls in the household arts. Although Emily did spend a few short times away from Haworth, it was her primary residence and the rectory where she resided now serves as a Bronte Museum. Emily's only close friends were her brother Branwell and her sisters Charlotte and Anne.

Emily died of tuberculosis on December 19, 1848, also at the age of thirty, and never knew the great success of her only novel Wuthering Heights, which was published almost exactly a year before her death on December 19, 1848. From the opinions of those who knew her well, Emily emerges as a reserved, courageous woman with a commanding will and manner. In the biographical note to the 1850 edition of Wuthering Heights, Charlotte Bronte attributes to her sister "a secret power and fire that might have informed the brain and kindled the veins of a hero."

"It is as if Emily Brontë could tear up all that we know human beings by, and fill these unrecognizable transparencies with such a gust of life that they
transcend reality."
--Virginia Woolf