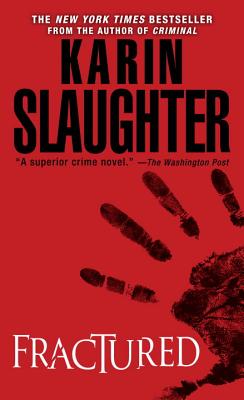 By Karin Slaughter
$7.99
Email or call for price.

"NEW YORK TIMES" BESTSELLER
Ansley Park is one of Atlanta's most upscale neighborhoods but in one gleaming mansion, in a teenager's lavish bedroom, a girl has been savagely murdered. And in the hallway, her mother stands amid shattered glass, having killed her daughter's attacker with her bare hands. Detective Will Trent of the Georgia Bureau of Investigation is one of the first on the scene. Trent soon sees something that the Atlanta cops are missing, something in the trail of blood, in a matrix of forensic evidence, and in the eyes of the stunned mother. When another teenage girl goes missing, Trent knows that this case, which started in the best of homes, is about to cut quick and deep through the ruins of perfect lives broken wide-open: where human demons emerge with a vengeance.

Karin Slaughter is the "New York Times" and #1 internationally bestselling author of numerous thrillers, including "Cop Town, Unseen, Criminal, Fallen, Broken, Undone, Fractured, Beyond Reach, Triptych, " "Faithless, "and the e-original short stories Snatched and Busted. She is a native of Georgia. "From the Hardcover edition.""

“Heart-pounding . . . Slaughter brings the same raw energy and brutal violence that distinguishes her Grant County Series (Beyond Reach, etc) to this new series with chilling results, while Trent an Mitchell, a pair of complex and deeply flawed heroes, will leave fans clamoring for the next installment.”—Publishers Weekly (starred review)

“Startling twists . . . [The detectives’] quirky relationship—as much as the increasingly intriguing investigation—fuels this fun read.”—People

“A superior crime novel . . . [Slaughter is] fiercely focused and one of the most talented young crime novelists.”—Washington Post

“Fractured dazzles because it works on the level of both plot and character [and] the combination is unbeatable.”—Cleveland Plain-Dealer