Gender Hurts: A Feminist Analysis of the Politics of Transgenderism (Paperback) 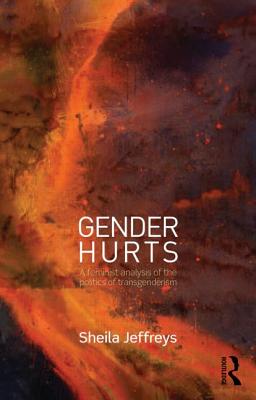 It is only recently that transgenderism has been accepted as a disorder for which treatment is available. In the 1990s, a political movement of transgender activism coalesced to campaign for transgender rights. Considerable social, political and legal changes are occurring in response and there is increasing acceptance by governments and many other organisations and actors of the legitimacy of these rights.

This provocative and controversial book explores the consequences of these changes and offers a feminist perspective on the ideology and practice of transgenderism, which the author sees as harmful. It explores the effects of transgenderism on the lesbian and gay community, the partners of people who transgender, children who are identified as transgender and the people who transgender themselves, and argues that these are negative. In doing so the book contends that the phenomenon is based upon sex stereotyping, referred to as 'gender' - a conservative ideology that forms the foundation for women's subordination. Gender Hurts argues for the abolition of 'gender', which would remove the rationale for transgenderism.

This book will be of interest to scholars and students of political science, feminism and feminist theory and gender studies.

Sheila Jeffreys is Professor of feminist politics in the School of Social and Political Sciences at the University of Melbourne, Australia. She teaches courses in feminist theory, on the politics of sexuality and lesbian and gay politics, and international gender politics. She has a considerable reputation both in the academic world and in the world of feminist and lesbian and gay politics for my work on sexuality, including 7 single authored books, with my eighth book, Man's Dominion, to be published by Routledge in October, 2011. My work is heavily referenced in academic journals and books, with 53 citations in international refereed journals in 2009 according to the Web of Science citations index, and 47 for 2010 to date.