The Road to Paris (Hardcover) 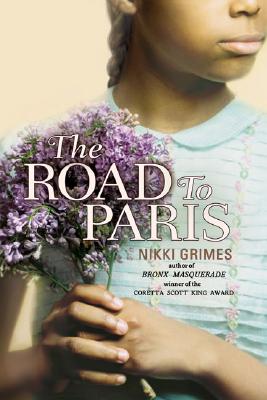 By Nikki Grimes
Email or call for price
Special Order

Paris has just moved in with the Lincoln family, and isn't thrilled to be in yet another foster home. She has a tough time trusting people, and she misses her brother, who's been sent to a boys' home. Over time, the Lincolns grow on Paris. But no matter how hard she tries to fit in, she can't ignore the feeling that she never will, especially in a town that's mostly white while she is half black. It isn't long before Paris has a big decision to make about where she truly belongs.

Nikki Grimes has created a portrait of a young girl who, in the midst of being shuffled back and forth between homes and realizing things about other people and the world around her, gradually embarks on the road to discovering herself.

Nikki Grimes is the award-winning, New York Times bestselling author of dozens of children's and young adult books as well as a poet and journalist. Among the many accolades she has received are the Golden Dolphin Award (2005), the NCTE Award for Excellence in Poetry for Children (2006), the Coretta Scott King Award (2003) for Bronx Masquerade, and the Horace Mann Upstanders Award (2011) for Almost Zero: A Dyamonde Daniel Book. Additionally, her book Barack Obama: Son of Promise, Child of Hope (illustrated by Bryan Collier) was a New York Times bestseller, and she was acknowledged as an NAACP Image Award Finalist in 1993 for her book Malcolm X: a Force for Change. Her books Meet Danitra Brown (illustrated by Floyd Cooper), Jazmin's Notebook, Talkin' About Bessie (illustrated by E.B. Lewis), Dark Sons, The Road to Paris, and Words with Wings were each awarded Coretta Scott King Honors. Visit her online at www.nikkigrimes.com.

"In clear short chapters, Grimes tells a beautiful story of family, friendship, and faith from the viewpoint of a child in search of home in a harsh world. [I]t is the human story behind the case file that readers will remember." —Booklist, starred review