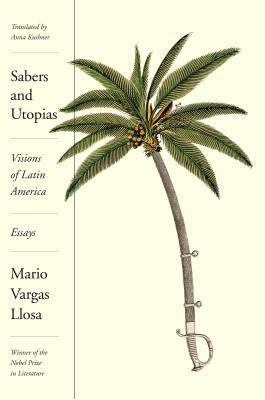 By Mario Vargas Llosa, Anna Kushner (Translated by)
$28.00
Email or call for price.

WINNER OF THE NOBEL PRIZE IN LITERATURE

A landmark collection of essays on the Nobel laureate’s conception of Latin America, past, present, and future

Throughout his career, the Nobel Prize winner Mario Vargas Llosa has grappled with the concept of Latin America on a global stage. Examining liberal claims and searching for cohesion, he continuously weighs the reality of the continent against the image it projects, and considers the political dangers and possibilities that face this diverse set of countries.

Now this illuminating and versatile collection assembles these never-before-translated criticisms and meditations. Reflecting the intellectual development of the writer himself, these essays distill the great events of Latin America’s recent history, analyze political groups like FARC and Sendero Luminoso, and evaluate the legacies of infamous leaders such as Papa Doc Duvalier and Fidel Castro. Arranged by theme, they trace Vargas Llosa’s unwavering demand for freedom, his embrace of and disenchantment with revolutions, and his critique of nationalism, populism, indigenism, and corruption.

From the discovery of liberal ideas to a defense of democracy, buoyed by a passionate invocation of Latin American literature and art, Sabers and Utopias is a monumental collection from one of our most important writers. Uncompromising and adamantly optimistic, these social and political essays are a paean to thoughtful engagement and a brave indictment of the discrimination and fear that can divide a society.

Mario Vargas Llosa is Peru's foremost author and the winner of the 2010 Nobel Prize in Literature. In 1994 he was awarded the Cervantes Prize, the Spanish-speaking world's most distinguished literary honor, and in 1995 he won the Jerusalem Prize. His many distinguished works include The Storyteller, The Feast of the Goat, Aunt Julia and the Scriptwriter, Death in the Andes, In Praise of the Stepmother, The Bad Girl, Conversation in the Cathedral, The Way to Paradise, and The War of the End of the World. He lives in London.

The daughter of Cuban exiles, Anna Kushner was born in Philadelphia and has been traveling to Cuba since 1999. In addition to The Black Cathedral and Call Me Cassandra, she has translated the novels of Norberto Fuentes, Leonardo Padura, Guillermo Rosales, and Gonçalo M. Tavares, as well as two collections of nonfiction by Mario Vargas Llosa.