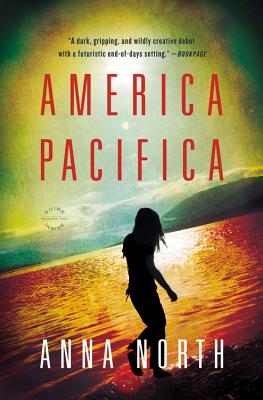 Eighteen-year-old Darcy lives on the island of America Pacifica -- one of the last places on earth that is still habitable, after North America has succumbed to a second ice age. Education, food, and basic means of survival are the province of a chosen few, while the majority of the island residents must struggle to stay alive. The rich live in "Manhattanville" mansions made from the last pieces of wood and stone, while the poor cower in the shantytown slums of "Hell City" and "Little Los Angeles," places built out of heaped up trash that is slowly crumbling into the sea. The island is ruled by a mysterious dictator named Tyson, whose regime is plagued by charges of corruption and conspiracy.

But to Darcy, America Pacifica is simply home -- the only one she's ever known. In spite of their poverty she lives contentedly with her mother, who works as a pearl diver. It's only when her mother doesn't come home one night that Darcy begins to learn about her past as a former "Mainlander," and her mother's role in the flight from frozen California to America Pacifica. Darcy embarks on a quest to find her mother, navigating the dark underbelly of the island, learning along the way the disturbing truth of Pacifica's early history, the far-reaching influence of its egomaniacal leader, and the possible plot to murder some of the island's first inhabitants -- including her mother.

Anna North graduated from the Iowa Writers Workshop in 2009, having received a Teaching-Writing Fellowship and a Michener/Copernicus Society Fellowship. North grew up in Los Angeles and now lives in Brooklyn.