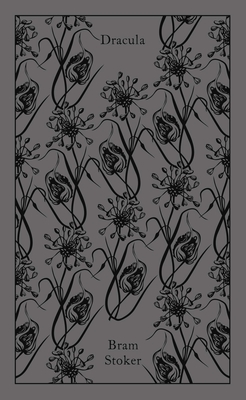 Part of Penguin's beautiful hardback Clothbound Classics series, designed by the award-winning Coralie Bickford-Smith, these delectable and collectible editions are bound in high-quality colourful, tactile cloth with foil stamped into the design When Jonathan Harker visits Transylvania to help Count Dracula with the purchase of a London house, he makes a series of horrific discoveries about his client. Soon afterwards, various bizarre incidents unfold in England: an apparently unmanned ship is wrecked off the coast of Whitby; a young woman discovers strange puncture marks on her neck; and the inmate of a lunatic asylum raves about the 'Master' and his imminent arrival. In Dracula, Bram Stoker created one of the great masterpieces of the horror genre, brilliantly evoking a nightmare world of vampires and vampire hunters and also illuminating the dark corners of Victorian sexuality and desire.

Abraham 'Bram' Stoker (1847 - 1912) was educated at Trinity College, Dublin and joined the Irish Civil Service before his love of theatre led him to become the unpaid drama critic for the Dublin Mail. He went on to act as as manager and secretary for the actor Sir Henry Irving, while writing his novels, the most famous of which is Dracula. Maurice Hindle teaches at the Open University.

"Those who cannot find their own reflection in Bram Stoker's still-living creation are surely the undead."