A Discourse on Inequality (Paperback) 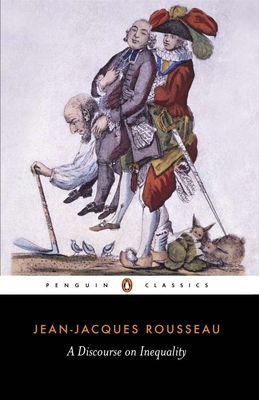 In A Discourse on Inequality, Rousseau sets out to demonstrate how the growth of civilization corrupts man’s natural happiness and freedom by creating artificial inequalities of wealth, power and social privilege. Contending that primitive man was equal to his fellows, Rousseau believed that as societies become more sophisticated, the strongest and most intelligent members of the community gain an unnatural advantage over their weaker brethren, and that constitutions set up to rectify these imbalances through peace and justice in fact do nothing but perpetuate them. Rousseau’s political and social arguments in the Discourse were a hugely influential denunciation of the social conditions of his time and one of the most revolutionary documents of the eighteenth-century.

Jean-Jacques Rousseau (1712–1778) is the author of numerous political and philosophical texts as well as entries on music for Diderot's Encyclopédie and the novels La nouvelle Héloïse and Émile.